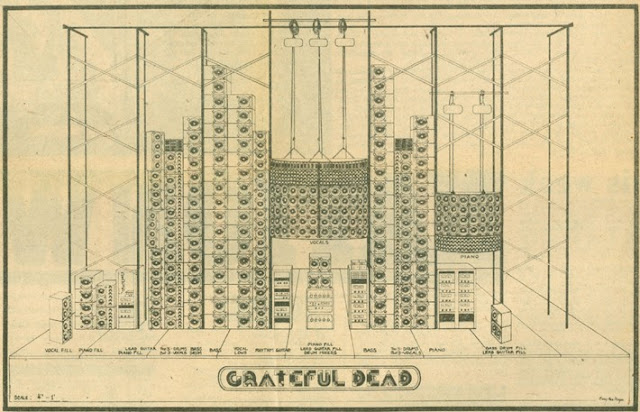 (by Rex Anderson, from the New Musical Express, September 14, 1974)
Thanks to Dave Davis.
This article was condensed from:
http://deadsources.blogspot.com/2012/12/1974-wall-of-sound-technical-specs.html
Posted by Light Into Ashes at 7:57 PM