On Tuesday 11 April, an American rock n' roll band, the Grateful Dead, played to a packed house at Newcastle City Hall. Two hours before the gig their lead guitarist Jerry Garcia talked to Muther Grumble about some of the things that have made the Dead and Garcia in particular such influential figureheads for the hippy music and social scene.
THE INTERVIEW IS UNEDITED. 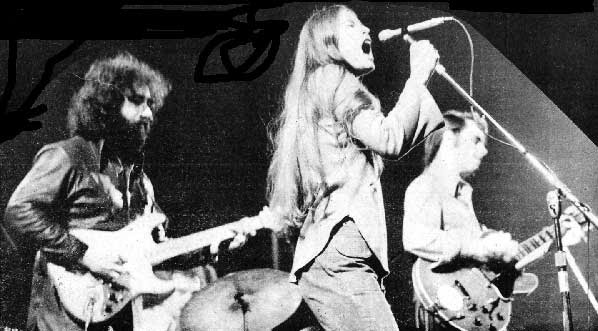